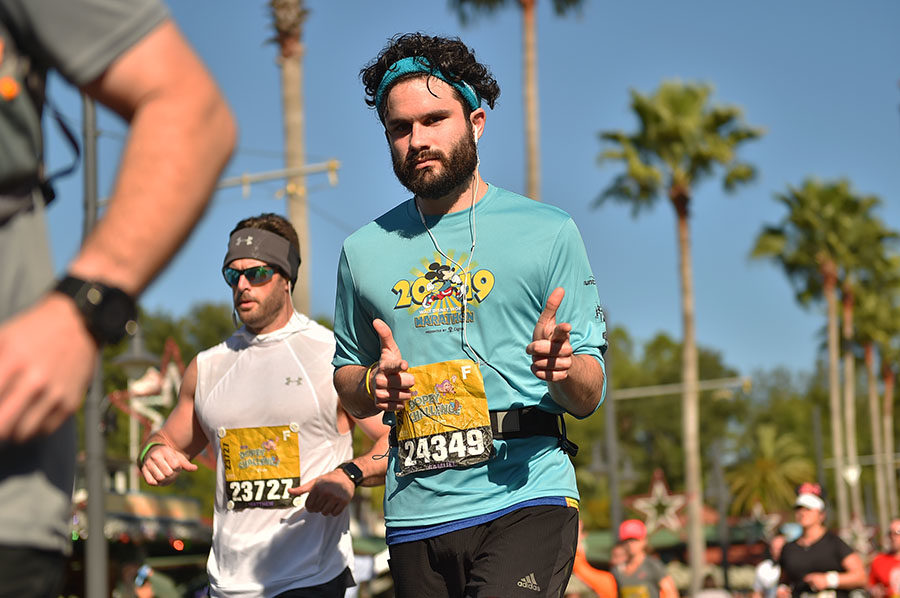 Sweat drips down his neck as he attempts to catch his breath. He isn’t going to give up. Not now, not ever. He has trained for this marathon for years, and he isn’t going to let his hard work be for nothing.

‘I can do this,’ he repeats to himself like a mantra. His legs become weak and a part of him wants to give up, but he pushes through the pain. His heart beats rapidly when he sees the finish line. With all his might, he briskly runs through the other runners. He is almost there. After what feels like forever, geometry teacher Samuel Hawke crosses the finish line, accomplishing his goal.

“I broke my femur in college [and] when it started healing, I started running as a way to prove to myself that I was whole again,” Samuel said. “I’ve recently started trying to run and my new goal is to run half a mile in every state. I’m currently at six [states] out of the 50 [and] I should be at [10 by] the end of the year.”

When he began running, Samuel realized the challenges the sport had for him. Not only was he a slow runner starting out, but the activity was a mental challenge within himself. After gaining experience, he now pushes himself to run faster in every marathon he participates in.

“[Running] is hard and it will take a lot of time, but it’s totally worth it,” Samuel said. “The feeling of accomplishment [I] have when [I] complete one [marathon] is unmatched. I am still a slow runner, but there’s no shame. You’re racing [and] you’re competing against yourself.”

Growing up, Samuel looked up to his older brother, Matthew Hawke. His brother has always encouraged Samuel to pursue his dreams and most importantly be a role model for his own students. Along with helping his brother pursue his dreams, Matthew also helps him balance his personal and work life.

“I’ve never seen him teach, but I’m sure he is great and connecting with students on a personal level,” Matthew said.

Samuel and his former student junior Jose Rodriguez bonded through their love of running. Samuel helped Jose when he struggled with geometry in his class, by helping him to improve his performance on the subject.

“[Mr. Hawke taught me to work] hard toward my goals,” Jose said. “[And] that I should continue [pushing] through [and] that later on it [will] get better for me.”

Whether it’s teaching, running or pursuing a new passion, Samuel wants to motivate himself to be the best person he can be. Through running, he realized to grow in certain areas in his life. Whether or not it’s involved with running or his job as a teacher, he wants to continue challenging himself.

“My motivation is progress based,” Samuel said. “I just always want to get better. Whether that is [wanting] to get faster, run farther or do more races, I always set a challenge for myself [that] gets me motivated.”