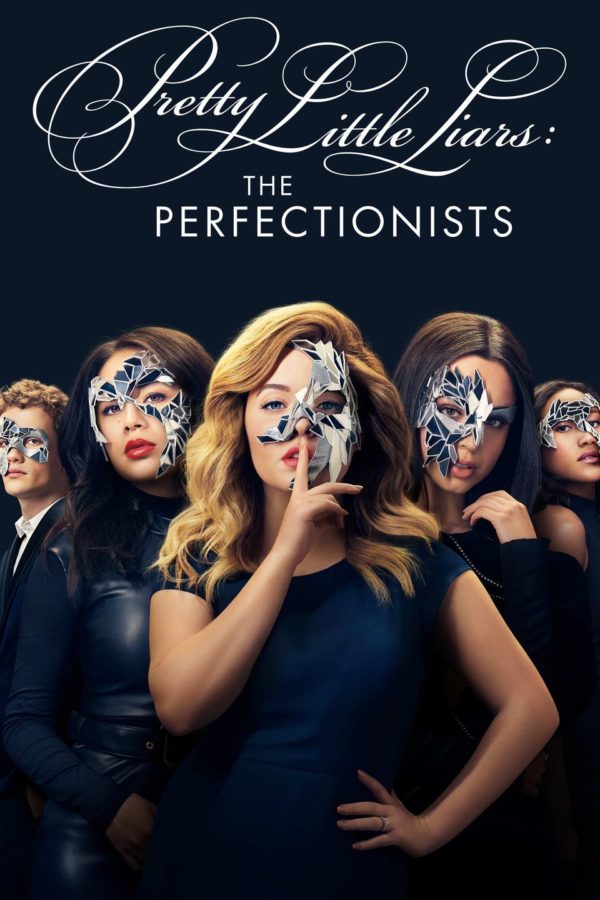 “Pretty Little Liars: The Perfectionists” is a spinoff of the hit TV show “Pretty Little Liars.” “The Perfectionists” first aired on Wednesday, March 20, 2019. “Pretty Little Liars” tells the story of four high schoolers who deal with the loss of their missing best friend, Alison DiLaurentis (Sasha Pieterse), as they rekindle their friendship with one another and attempt to hide secrets that can potentially put them at blame in Alison’s mysterious disappearance. By doing so, they are forced to go through deadly obstacles rarely seen in teen sitcoms, creating a dramatic tone.

In “The Perfectionists,” Mona Vanderwaal (Janel Parrish) begins her new life far away from the chaotic town of Rosewood, Pennsylvania, working in the recruitments and admissions department at Beacon Heights University in Oregon. There, Alison joins Mona working as a teacher’s assistant hoping to start a new beginning far away from the chaotic town of Rosewood. With this change, the two women find themselves unexpectedly working together, something fans of “Pretty Little Liars” never expected to see; this becomes another plot twist that makes “The Perfectionists” even more exciting. Seeing these two incredible women transition from being enemies to somewhat friends, even though they still don’t fully trust each other, is an incredible experience to watch, causing viewers to wish that by the time the show comes to its resolution, Alison and Mona make peace with one another and leave the past behind them.

When “The Perfectionists” first appears on the screen, Nolan Hotchkiss (Chris Mason), Ava Jalali (Sofia Carson), Caitlin Lewis (Sydney Park) and Dylan Walker (Eli Brown) are introduced as the “perfect” posse due to their academic performance and charming personas, causing them to be the group every student in Beacon Heights wants to be part of. Because of this, it seems as if “The Perfectionists” will follow in the original show’s footsteps, making the spinoff intriguing to watch right off the bat.

In the season premiere, Alison meets Nolan, Ava, Caitlyn and Dylan on her first day of work and is determined to leave her “mean girl” reputation behind in Rosewood. This doesn’t surprise “Pretty Little Liars” fans because they know Alison has been attempting to change for the better, especially for her girlfriend, Emily Fields. As each episode goes by, it seems as if Beacon Heights becomes a duplicate Rosewood making fans think it’s even more dangerous than Rosewood was.

Because of the show’s element of danger, the audience is left with spine-tingling performances and various amount of suspense, as the original show “Pretty Little Liars” did during its seven-year run. “The Perfectionists” and “Pretty Little Liars” both have compelling storylines while “The Perfectionists” takes place in college with a peculiar environment rather than the old ruddy Rosewood High School with all the pathetic high school drama as the original series did.

As the show reached its mid-season finale, “The Perfectionists” has topped “Pretty Little Liars,” making viewers wish they had seen the girls’ journey throughout college in the original series. Overall, “The Perfectionists” deserves 4.5 out of 5 stars due to its captivating narrative that caused viewers’ adrenaline to spike.