Top seven most anticipated features on Disney Plus 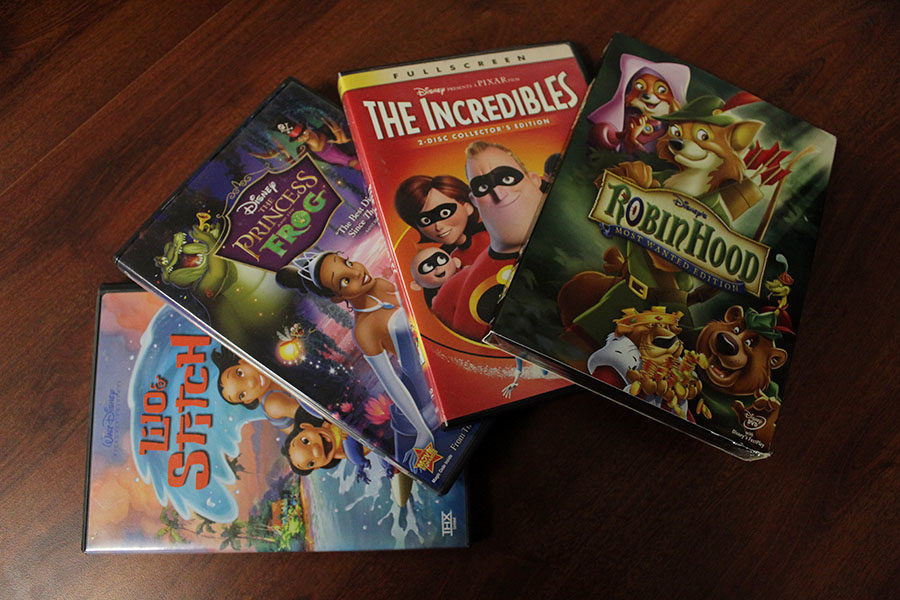 Viewers will be able to watch classic Disney movies on the new streaming service, Disney Plus, which releases on Tuesday, Nov. 12.

Netflix and Hulu are popular for streaming shows and movies, giving viewers access to all their favorites such as “Grey’s Anatomy,” “13 Reasons Why,” “Riverdale” and “Stranger Things.” But these platforms lack the movies that complete viewers’ childhoods: Disney movies. Only select princess movies and the latest of Pixar are featured, but they always disappear as fast as they arrived.

However, Disney is releasing a streaming service called Disney Plus on Tuesday, Nov. 12 for $6.99 a month, available to be streamed on both the website and the app. It has all the fan favorites, including Marvel, Star Wars and even National Geographic. Disney fans can watch all of the classics they know and love with a click of a button. Here are some of the shows and movies fans are most excited to stream.

7.) “A Goofy Movie”
When thinking of classic Disney, Mickey Mouse and his gang of friends likely come to mind. Although they’re mostly known in “Mickey Mouse Clubhouse,” they have made several movies featuring the gang. Their relatable personalities made with flaws and interests creates a new perspective of the mouse varying from the original animated shorts released in the early 1900s. Although “A Goofy Movie” is the most popular movie featuring the original characters, there are others also worth mentioning such as “Fantasia” and “Mickey’s Christmas Carol.”

5.) “Corpse Bride”
Not one for happy endings? Not a problem for Disney. Tim Burton’s movies are known for their creepy yet fascinating style of animation. Luckily for viewers, the majority of his movies are Disney, including “Nightmare Before Christmas,” “James and the Giant Peach,” “Alice in Wonderland” and “Corpse Bride.” Burton’s signature directing and animation style create an earthy palette with cool browns and greys mixed in with the ‘Tim Burton creepy’ fans know and love. His plots also have a consistently wholesome yet dark tone. This is a strong contrast from Disney’s usual bright and happy appearance; the addition of Burton’s movies and other genres definitely makes Disney Plus appealing to a variety of audiences.

4.) “Boy Meets World”
When talking about Disney, although the movies are amazing, one can’t disregard classic shows such “Boy Meets World.” Besides this classic, honorable mentions included in Disney Plus are “That’s So Raven,” “Wizards of Waverly Place,” “Sonny with a Chance” and the “Suite Life of Zach and Cody,” These shows make up the childhood of older generations, but it almost seems impossible to find anywhere as they’re not available on Netflix and Hulu. Now, viewers can watch all the classics because face it: Disney shows on TV today can’t hold a candle to the Disney shows aired back then.

3.) “Lion King”
“Lion King” is, without a doubt, one of the best Disney movies of all time. The hilarious characters, catchy tunes and widely memorable cartoon tragedy makes Lion King loved by millions. Although Lion King is great, other classics also hold high standards, such as “Pinocchio,” “Dumbo,” “Peter Pan,” “Bambi,” “Lady and the Tramp,” “The Jungle Book” and “101 Dalmations.” Sadly, these movies and more which are as incredible are hidden in what Disney calls the vault. The vault has previously made certain movies unable to be streamed, rented or bought physically for periods of time. Finally, the vault policy will be relinquished, allowing viewers to see all of their favorites at any moment with Disney Plus.

2.) “The Avengers”
Although it’s rather unknown, “The Avengers” franchise is owned by Disney. Of course, the company wouldn’t miss the chance to put all of the movies on Disney Plus for viewers to binge. Disney Plus not only includes the Avengers franchise, but all other movies under the MCU as well. Buying all of the movies would cost a fortune compared to the $6.99 a month subscription for Disney Plus, which is undeniably worth it. Who wouldn’t want unlimited access to Tony Stark and Peter Parker?

1.) “Cinderella”
Not many viewers would put up an argument against Disney princess movies being the most anticipated aspect of Disney Plus. Fans can watch the classics like “Sleeping Beauty” and “Snow White,” or choose from the newer generation, with hits such as “Frozen” and “Moana,” These princesses never let their admirers down with their kind and hardworking spirits for young girls to look up to. Not to mention the catchy songs sung by talented singers and their lovable animal sidekicks such as Olaf and Mushu. Their songs may become annoying to some after being played on the radio an obnoxious amount, but other than that, they’re perfect and deserve the number one spot.

Who wouldn’t want to binge all of the new releases and childhood classics at any given moment on Disney Plus? Not to mention, it’s cheaper than Netflix, who prices their subscription at $16 a month. There’s something to watch for everyone, and nobody could deny that the same jokes, told over and over again, still makes audience members laugh. Mark Tuesday, Nov. 12 in the calendar because that’s the day Disney will be opening the doors to streaming heaven.