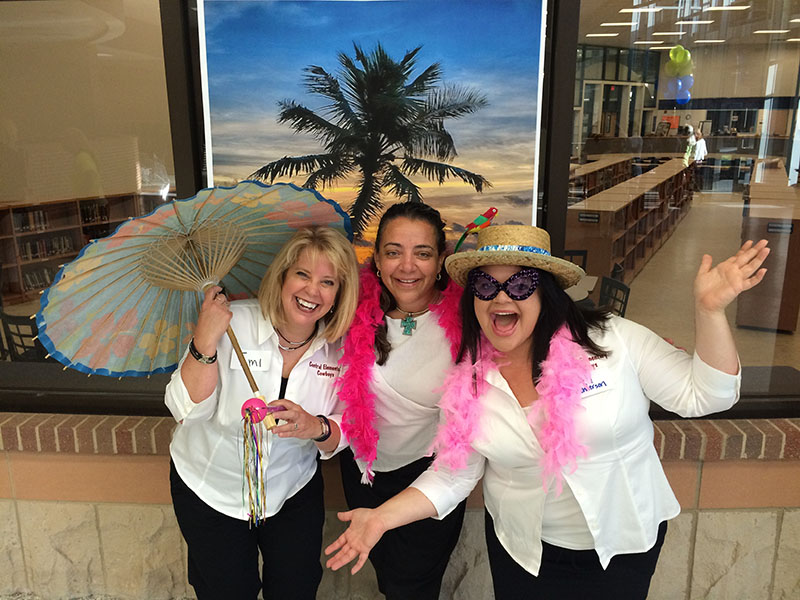 Central Elementary school assistant principal Timi Winter passed away on Saturday, Feb. 8. Her sudden death has impacted the city tremendously, especially for those who worked alongside her.

Winter devoted the last five years of her life to her position as an administrator, deeply touching the lives of families and students in the process. Lindsay Henderson, former coworker and close friend, recalls the moment she first received the news regarding Winter.

“[I was] pretty devastated,” Henderson said. “I got a phone call from her daughter. I was in shock and disbelief because she’s so young and [I’d] just talked to her that week.”

Winter is remembered by her peers for her unwavering kindness, positivity and eagerness to help others. She tasked herself with creating an environment where students could flourish, often sharing personal moments and struggles with her students as a way to inspire them and teach that growth is attainable.

“She would tell the kids about [how] she struggled as a student,” Central Elementary school principal Lea Devers said. “She had to work really hard as a student. She always thought about students [who] struggled with their learning and how to be advocates for the kids that didn’t have a voice or whose parents didn’t know how to advocate for them. That was really inspiring.”

A major component to Winter’s persona was her faith. Before pursuing a career in education, Winter submersed herself in the Catholic church by joining a convent after graduating high school. She served as a nun for 15 years, choosing to leave the convent to care for her mother who was ill at the time. Though she left the convent, her unconditional love for assisting and serving became the foundation of her career as an educator.

“As we celebrate her life, we make a lot of parallels to Mother Teresa,” Henderson said. “She exuded so many of [the] qualities and characteristics Mother Teresa had, [like] being a servant-hearted leader and giving up [parts of] herself. I love the fact that she would literally do anything for anybody, whether it was in her job description or not.”

In addition to the numerous lives she transformed, she also provided those around her with unforgettable and life-changing lessons as she was a believer in hospitality and generosity.

“[She taught me to] always see the good in everyone,” area superintendent Andy Plunkett said. “She touched everyone she came in contact with by spreading kindness.”

Along with being an inspiration within the community, Winter took her job with her wherever she went. She took pride in everything she did, determined to see every child’s needs were met, if not exceeded.

“I would say Timi was a true child advocate,” Devers said. “She did a lot outside of school and made sure parents [had] what they [needed] to take care of their kids and that kids [had] what they [needed]. She’d buy shoes, she’d buy clothes, she’d help with gas money, she’d get food. Anything she could do to help take care of people, [she would do].”

As a way to continue her legacy, the Lewisville Education Foundation is creating a scholarship in Winter’s honor. The scholarship will be awarded to two former Central students, one boy and one girl. Those who knew her best are thankful for this outcome, as it perfectly captures Winter’s essence and goals as an educator.

“I’m really excited,” Henderson said. “It is exactly what Timi would want. Being able to give it to a Central student [is amazing]. Our students at Central overcome enormous obstacles. They overcome poverty, they overcome learning culture different than theirs. They overcome learning English as a second language. To be able to overcome those challenges and those obstacles and get to the point where [they] stay in school all the way to high school graduation is a huge celebration that Timi was all about.”