‘Anyone who is fortunate enough to speak more than one language holds a special kind of magic that will get them so far in life.’ 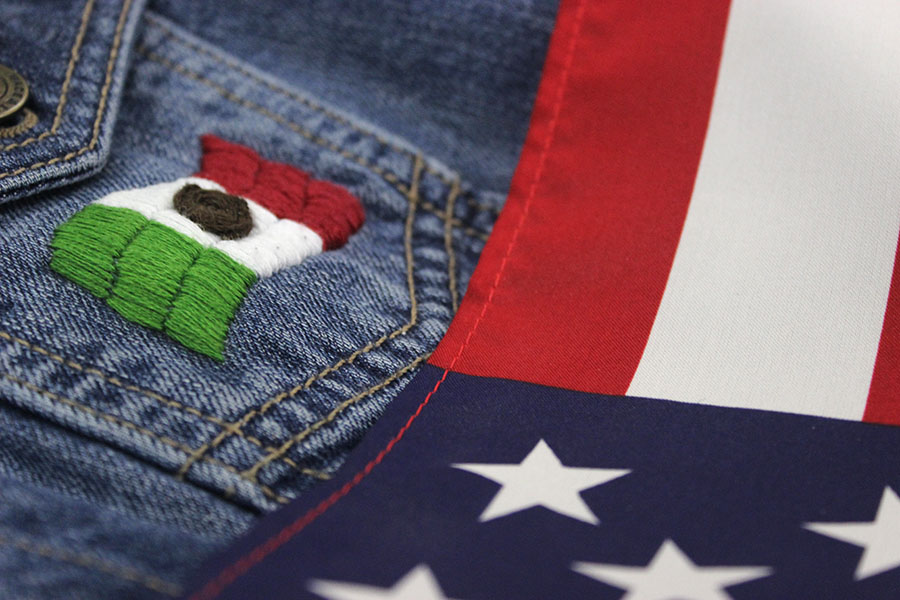 "The challenge was no longer learning English, but learning to retain my Spanish, to not let my native roots slip away."

In seventh grade, I sat miserably at my wooden desk in Spanish class. I looked around, reading the posters hung up on the wall.

“This is absurd,” I told myself.

I didn’t need Spanish class, I was already bilingual. What was the point?

Raised by two Mexican parents, I didn’t grow up with English. My dad worked in construction while my mom stayed home, serving as a caretaker for my brother and me.

My dad taught himself English out of necessity after immigrating to the United States at age 18, but my mom was always too timid to learn, too afraid of potential judgment. It was an unspoken contract that my brother and I would grow up learning Spanish.

Everything in my life was in Spanish. The movies and television shows I watched, the books my mom read to me at bedtime, the songs I’d sing my heart out to on the stereo at age 3.

But then it was time to go to school, and I didn’t know English.

In first grade, I was enrolled in the school’s dual language program. Not knowing English in my elementary school was not uncommon, as the vast majority of the student body was Hispanic. The dual language program was a great incentive for kids like me because it removed the difficulty of having to learn a new language and made it a fun experience.

Under this program, we had two teachers, one designated for English and one for Spanish. In both classes, we’d learn all the required material: math, science, social studies and reading. What made this a unique learning experience, however, was the fact that we would switch teachers every week. One week was completely Spanish, the next was all English.

By the end of my first grade year, I had mastered English. Now, I was learning a lesson which would be a vital component in my later life: balance. I was learning the importance of maintaining stability, not only in my assignments but in the two languages I now knew. The challenge was no longer learning English, but learning to retain my Spanish, to not let my native roots slip away.

Middle school was a wake up call. Initially, I felt resentment toward my mom because she made me quit choir after sixth grade to take Spanish. My mentality as a seventh grader was that Spanish class was a tremendous waste of time.

I couldn’t have been more wrong.

Though the class was an absolute breeze for me, I quickly realized something about the majority of my classmates. While they were native speakers, their Spanish was what I refer to as “choppy.” They lacked natural fluency. When they spoke in English, everything was perfect. Speaking in Spanish, on the other hand, was noticeably difficult, even painful. Their Spanish was filled with “um’s” and “uh’s.” The only thing consistent about their Spanish was their uncertainty.

Their broken Spanish was one thing, but their attitudes was another. Every assignment was a joke to them. Everything was ridiculed and they treated the 45-minute period like it was a time solely devoted to blowing off steam. Even worse was the way they treated our teacher, who was desperately trying not to fall through a pit of despair. She just wanted to help us.

Middle school is complicated enough as it is, but my Spanish teacher got the worst of it.

All these factors changed my perception about Spanish. Because Spanish was something I grew up with, I always took it for granted. In the midst of my middle school Spanish class, I finally recognized the infinite opportunities available to me because of my natural ability to speak two languages. I refused to treat Spanish as a joke, because to make a mockery of the language would be to betray myself.

Looking at my seventh grade self, I feel ashamed to have viewed Spanish as a waste of time. Spanish is what granted me both high school and college credit. Beyond the academic benefits, I simply take pride in the fact that I possess such an important skill.

Language is a gift. Anyone who is fortunate enough to speak more than one language holds a special kind of magic that will get them so far in life.

The languages I speak are a reflection of who I am. In the middle of our crippled society, filled with perpetual chaos and conflict, I am proud to be who I am: Mexican-American.